On occassions a club will approach Corinthian to produce a range of Prostars in club branded packaging. These club specific blisters are of limited stock and usaully sell out quickly. 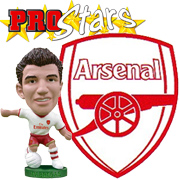 This release also includes some of the rarest Platinum figures ever produced.

The full list of Arsenal Club Specific Prostars can be found here. 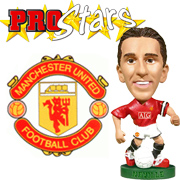 Released in November 2007, these four Prostar blisters were commissioned by Manchester United.

The full list of Manchester United Club Specific Prostars can be found here.